The climate and agricultural products in Spain remind me of the state of California where I come from. Americans refer to California as our ‘salad bowl’, because California farmers supply all over the United States, and part of the world, with high-quality, fresh produce. However, I am often surprised by the closed view some people have of American agriculture. For many, the U.S. food industry is associated only with industrial farms and misconceptions about genetically modified (GMO) products.

The reality is that our agricultural production system is innovative, sustainable, and more diverse than almost anywhere else in the world, with small farms coexisting with medium and large ones; organic or conventional producers; those who sell their products in local farmers’ markets; or producers who export globally. You may be surprised to learn that the United States is the fastest-growing market for organic products in the world, and nearly 70 per cent of consumers say they buy organic products.

The Transatlantic Trade and Investment Partnership (TTIP) will help import the enormous agricultural diversity from the U.S. to Europe, while also bringing Spain’s fantastic products to U.S. consumers. How? By reducing trade barriers that are discouraging exports from many small and medium businesses.

Large multinational corporations have hundreds of lawyers on the payroll to navigate the cumbersome international regulations, while small and medium-sized farmers seeking market opportunities come up against the wall of bureaucracy that makes the costs too high. The good news is that with TTIP, the US and the EU we are focused on eliminating all tariffs and unjustified non-tariff barriers in order to help smaller agribusinesses have easier access to consumers in our markets.

TTIP will minimise the differences between our regulatory and standardisation systems which will result in huge cost savings for both producers and consumers. The US and the EU have the strongest legal protections in the world and the aim of the negotiations is not to lower this standard. But there are steps we can take to better align our regulatory processes to ensure that producers do not have to manufacture and label their products separately for the two different sets of laws and standards.

The US-EU equivalence agreement on organic farming, which entered into force three years ago, is an example of how we can recognise each other’s systems and facilitate trade to the benefit of both sides. Thanks to this agreement, and to the delight of many consumers, foods that are certified in Europe as organic are accepted in the US as ‘organic’, and vice versa.

I know there is a lot of concern about what TTIP will mean for GMOs. It is important to note that farmers all over the world, including those in Spain, use modern seeds that have integrated pest resistance into the plant, i.e. GMO seeds. In fact, Spain is a pioneer within the European Union in the production of GMOs and revolutionised its agricultural sector in 1998 with the introduction of drill resistant maize.

Spanish farmers who use transgenic seeds use fewer pesticides, which is better for the environment, while saving costs. With existing standards and good coexistence practices, GMO farmers can grow alongside farmers who use conventional seeds or alongside organic producers. Some farmers in the US and Spain successfully use all three types of agriculture on their farms at the same time.

That said, TTIP will not require European farmers to adopt US farming practices, or vice versa. The negotiation will in no way undermine the right of the European Union or the United States to implement science-based food security measures to protect their consumers. Nor, of course, will it force consumers to buy products they do not want to buy.

We cannot always agree on specific production methods, but it is not necessary, as there is room in our markets for the consumer to choose the one he likes best. I do not believe that it is the role of governments to tell consumers which products they have to buy or put on the table. Rather, it is the responsibility of government to facilitate a wide variety of choices based on what science says is safe for the consumer to decide.

American farmers are not seeking to flood Europe with our agricultural products, nor do they have the capacity to do so. We are only asking for greater access to American products on the European market, so that consumers have the freedom to choose. In return, we will offer the same conditions for Spanish products on the North American market. In this way, consumers in both countries, and around the world, will have access to a wide variety of healthy, affordable and delicious foods.

Can you imagine knowing in real time how much water each piece of land needs? Or guessing which crop is best for each particular moment? Far from being a chimera, this knowledge is close to becoming reality. As has happened in other sectors such as banking, the big data or use of data intelligence is also landing in the “field”. In this post we tell you what are the applications of this technology in the agricultural sector.

Today, big data, precision agriculture, drones or robots are part of the agricultural vocabulary and are a reality on many farms and cooperatives throughout Europe. These are the words of Copa-Cogeca’s general secretary, Pekka Pesonen, at the conference “Big data for farmers and cooperatives” which brought together a large number of professionals from the sector to train and inform about the uses of this technology. Among other data, during the day it was highlighted that using this technology can increase yields by 16% and reduce water use by half. These are some of the systems that contribute to this:

Intelligent irrigation: by installing intelligent probes in the subsoil, the water level can be measured accurately. The information obtained is stored in a database available from anywhere with a smartphone or tablet, and even this information is transformed into a real-time map of the water needs of each square meter of the crop.
Crop productivity: major players in agricultural machinery (Monsanto, Deere, etc.) are developing sensors that collect and store data on plants, topography or depth that help improve crop efficiency.

Combination with official information: this business intelligence can now be combined with climate or soil information or with satellite images that many entities make available to the user. Beyond that, drones have already begun to be used as a grazing tool to economize the surveillance of large tracts of land. 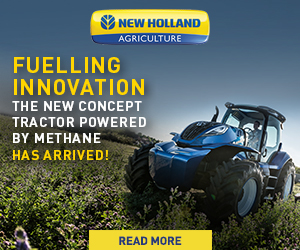 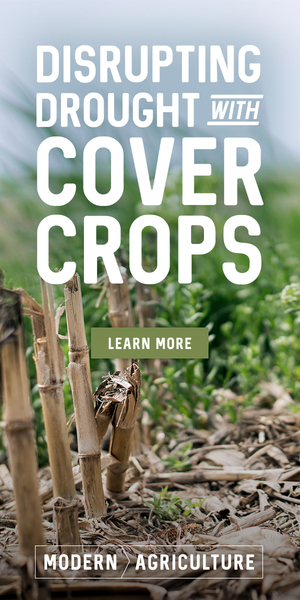